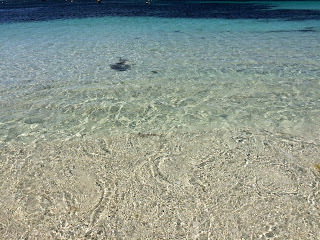 
that's it. today we're closing our perth chapter for this winter, or summer in either case. it's sad to leave that fantastic place but we also feel extremely lucky having been here, and we'll come back, for sure. tomorrow morning, we'll head to the airport and qantas flight qs-592 will bring us to adelaide for some more australian adventures with our friends there. on schedule: the foo fighters on march 4th and a visit to the flinders ranges.


the last three weeks have kept us busy. we've been at the incredible and phenomenal journey of the giants to the streets of perth, a street theater in a crowed city at #perthfest. we've ridden many more kilometers around swan river and along the indian ocean. we've been in fremantle, aka the busiest harbour in australia... haha. shouldn't beat cuxhaven or brest i guess. and we've spent another day on rottnest island (on the ferry back to the mainland, we've been downright watered on a shaky ocean). we got deeper in life here, discovered even more, and experienced an high quality of life.


the coldest day of these two months was feb 14th with max 25 °c (only). anyhow february hasn't been so hot  as january, more below than above 36°.


i'll miss: the bird songs (but those of the crows maybe) in the early morning, in the parks, and when the sun goes down – at this time of the day, some of them come together building swarms in the trees and they're so loud that their singing drowns out even the traffic in the city. the morning coffee after the run at spring espresso. the clean and clear blue waters of the indian ocean under the blue skies. and of course… the dry heat and the sunshine.